Ryan Gosling is heartbreaking in Blue Valentine, the new movie about how devastatingly sad it is when two people stop loving each other. He's an extraordinary actor, different in every movie. In this film Dean, Gosling's character, is the one whose pain I felt most keenly. You've read about the movie, I'm sure, and the experience of watching it, for me at least, was diminished by knowing a little too much about it. But I don't think it will be a spoiler to hear that Gosling's character has a tattoo on his upper arm that features the cover of The Giving Tree. It's such a killer image, because the book has duped Dean into believing its cold-hearted message: the more you give, the more will be taken, until you've given everything, and there's nothing left.

I thought of Dean reading The Giving Tree over and over to his daughter, having so much faith in it that he had it carved into his skin -- which even recalls Kafka's In the Penal Colony, in a way. I guess there are ways to erase tattoos these days, but I somehow think Dean w 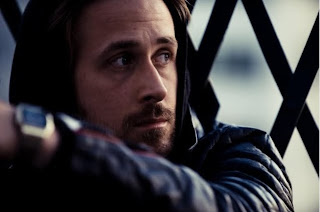 on't have it removed. I can't shake him from my head, and I only wish that he had read a different book to his little girl. There are better books about love.
Posted by Brenda Bowen at 12:35 AM
Email ThisBlogThis!Share to TwitterShare to FacebookShare to Pinterest
Labels: Art and Life, Doomed Love, Kafka

I was recently telling someone why I dislike The Giving Tree. I find it mean-spirited and depressing. Jane Yolen talks about 'the tree as enabler' which is so perfect.
anyway, the movie sounds interesting.
Happy New Year!

I'll have to que this. I liked Gosling in United Stated of Leland.

A better option, which my friend's 18 yr old son had tattoed on his ankle... the scowling face of Alexander, from "Alexamder and the Terrible, Horrible, No Good, Very Bad Day". Now that's a manly tat!

This post surprised me. I'd always enjoyed the Giving Tree. Though bittersweet, I'd never thought of the tree as an "enabler," though I can see how one would. To me it represented parent's utter devotion and self-sacrifice to their children. But there's definitely something to think about here. Brenda, I like your comparison of the tattoo and Kafka's, In the Penal Colony.

I was all set to comment on your post, and then I read Jenn's comment, which is pretty much what I wanted to say. You've definitely made me start to think about a classic in a new way.

I haven't seen the movie, but I would like to. It's had a very good reception, and Gosling is a very talented actor.

I am probably one of the few writers for children that never read The Giving Tree. I always thought it was about giving, but never to the point of depletion. (What an unusual theme for a children's book.) Your post made me curious enough to want to read it.

I loved The Giving Tree when I first read it in college. Gave a copy to my boyfriend who became my husband. When he left me after 18 years of marriage, I decided he couldn't have my apples. I had a ceremonial burning of the book. I refuse to let my happiness depend on letting him take from me. I am going to be happy even though he has run off.

Yes, Brenda, The Giving Tree is not in my son's library. The moment I found out I was going to be a daddy, however, I put on my Christmas list the Suess classic: Oh, The Places You'll Go! That book is a lesson of life, and speaks to the drive it takes to go anywhere you want in life. I'd much rather have Gosling's character sport a tat with that cover on it.

And of Gosling, yes, he's a true actor. I put him in the Christian Bale class. I'm sure you've seen them, but if you haven't, rush out and rent/buy HALF NELSON and UNITED STATES OF LELAND. In the former, he takes on a biting role of a high school teacher addicted to crack, and the latter is a young Gosling as a boy who feels there is no good in the world, or he at least can't see it (perhaps that role relates to his latest in BV?). Let me know what you think of those two movies when you watch them.

"There are better books about love."

I couldn't agree more. That book has always made me so sad, but not in a good way.

My husband loved The Giving Tree; he insisted on reading it to our kids over and over again. He says it's one of his favorite books from his childhood.

I think that says a lot about him, especially because I'm in the camp that believes this tale is a horrible one of self-sacrifice where the poor tree gets nothing back.

Funny how one children's book can reveal so much about a person...

I agree. Ryan Gosling is a terrific actor and "Blue Valentine" was heartbreakingly good.

I also loved his performance in "Lars and the Real Girl". He plays a character who falls in love with a blow up doll. The premise sounds silly but Gosling brings a vulnerability to the part that is palpable.