Eloise at the Library 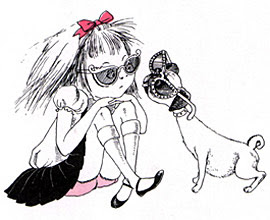 Once there was a 6-year-old who lived not far from Central Park. She had a dog that looked like a cat and a turtle named Skipperdee. Her mother was mostly absent. Her nanny drank. She skibbled around New York like she owned the place. But there was one marble edifice whose door she was not allowed to darken: She was shut out of the New York Public Library.

That's why I was so delighted to see that the red carpet was rolled out this weekend at the NYPL for Hilary Knight, the man who created those perfect black, white, and red drawings of Eloise, the eternal bad girl. Hilary was named a NYPL Library Lion of 2009. He donated his papers -- the notes, sketches, and biographical outpourings of an artistic lifetime -- to the Library's collection on November 2 of this year, just a day after his 83rd birthday. When I opened the Style section of the New York Times today, there was Hilary in his impeccable black tie with a gorgeous crimson sash, taking up his rightful position as a Library Lion.

But where was Eloise? Oh, she's in the children's collection now, now that it's safe to have her there, nestled among Gossip Girl and Heather Has Two Mommies, fifty-four years after her conception. But when Eloise was first released by Simon & Schuster in 1955 Anne Carroll Moore,

the redoubtable head of the library's Office of Work with Children, deemed her unworthy. Not because the book wasn't a good book, nor because it was "for precocious grown-ups," as Kay Thompson so brilliantly subtitled her work, but because it was a good book for bad children. And Miss Moore sanctioned only good books for good children. (Which is why Margaret Wise Brown's work didn't merit a place at the NYPL, either. Eloise, as always, was in the best company.)

All this I learned when I went on a hunt for original editions of Eloise, Eloise in Paris, Eloise at Christmastime, and Eloise in Moscow in 1998. That was the year Kay Thompson died, and her heirs felt that it was time to reissue all the Eloise books -- three of which Kay had decided, pretty much on a whim, to put out of print. My job was to match the reissues as closely as possibly to the original printings. I thought, maybe, there might be a few first editions squirreled away in the annals of the library. But did I find a first edition? No. Did I find any edition? Not one. 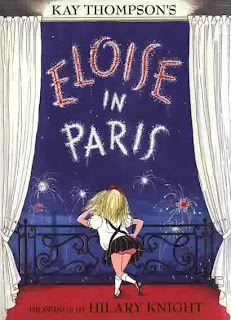 y had never added Eloise to their collection. She did not exist in the card catalog, on the shelves, or skittering through the hallways. (The irony is that she was in the Brooklyn Public Library's collection, but could not be found in any Manhattan branch. I don't think Eloise ever set foot in Brooklyn in her six-year-old life.) I ended up buying first editions on eBay, and Hilary and I worked on matching the new printings to those (though he liked the second printings of most of the Eloise titles better, but that's another story).

It was only after the resurgence of Eloise in the late 1990's and early 2000's that the NYPL finally and added these seminal New York books to its shelves. And now, the library will have the Eloise archive, too. Lucky them!

Here's the thing of it:
Saying no to Eloise is not allowed. 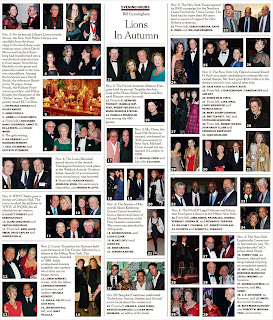